Maps and Masters presents a large collection of antique maps, views and engravings of great masters, through an illustrative journey from the sixteenth to the nineteenth century. Landing on Maps and Masters means experiencing an exciting and innovative experience, thanks to a modern and captivating presentation aiming to satisfy the interests of the most curious minds.

The idea comes from the collecting spirit of Ermanno Bertelli, sensitive to the art of the great masters with a particular focus on those belonging to the Venetia tradition. After ending up his concert career as a pianist in 2008, Ermanno Bertelli has found a new way to approach the art, getting closer in particular to the art of engraving, and later specializing in maps and works of great cartographers.

The collection and study of these works, understanding its different traits and characteristics, led to the construction of Maps and Masters: a project that aims to present itself as a popular information platform for collectors and visitors. 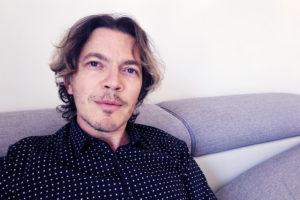 Born in Terni (Umbria) in 1973, Ermanno Bertelli moved very young to Piacenza to attend the G. Nicolini State Conservatory of Music undertaking his piano studies, concluded with honors in 1992 at the Santa Cecilia Conservatory of Music in Rome. Parallel to a concert career lasting several years, Ermanno Bertelli approaches the world of television working for RAI as a professional musician, and from 2002 to 2007 he refined his artistic sensibility in the field of “film and symphonic music”, collaborating with artists of national and international fame.In 2008, following an injury to his hand, Ermanno Bertelli was forced to abandon his concert career: starting from this moment, an irrepressible drive towards the art of engraving began, prompting him to start a collection of the works of the great Venetian masters (Piranesi, Volpato, Magiotto, Zais, Wagner, …). The link between the engravings and the music is therefore born by substitution, going to replace the myriad of musical notes of the concerts with a paper corpus of great value.

The entrepreneurial spirit of Ermanno Bertelli stems from this, linked to the beauty of art and its collector’s nature, since every engraving and every map he purchased was studied in detail searching the truth, the meaning, the idea and the compositional motivation of the artist.

Therefore, a new goal for Ermanno Bertelli becomes sharing his passion, enriching his spirit and passing on his knowledge. Following the purchase of a corpus of over 1000 copper matrixes of the ancient and historical 19th century “Cristini già Cavalini” chalcography, in 2013 he founded Lux in Art, a bibliographic studio located in Verona. That’s how the entrepreneurial spirit comes to marry with the artistic one, giving life to a brand that deals with furnishing accessories linked to the artisanal reproduction of the recovered copper matrices, and promoting the “made in Italy” in the world by promoting artistic events of live music and live painting for companies and privates.

Starting from 2018, in order to meet a personal collecting demand belonging to a niche market, Ermanno Bertelli decide to create Maps & Masters, a website aiming to satisfy his and other’s curiosity, specializing in the original works of great antique masters, maps and views.